Dolph Ziggler bounced around on Smackdown and RAW competing for the Intercontinental Championship and United States Championship for over a year. Ziggler struggled to break through the crowd and become the champion throughout the first year and a half of his Universe Mode career. He failed numerous times to capitalize on opportunities for championships, but continued to work hard to one day win the championship.

Dolph Ziggler finally caught his big break at Summerslam (Year Two). Ziggler earned an opportunity to challenge the red hot Seth Rollins for the United States Championship. Rollins was one of the most dominant superstars on RAW and continued to shine, beating many of the top tier superstars on RAW. Rollins started to pursue the WWE Championship but still had to defend his championship at Summerslam. Ziggler was able to take advantage of Rollins’ distractions and shockingly defeated Rollins for the championship.

Ziggler was challenged by numerous top stars on RAW, including Roman Reigns, Daniel Bryan, Sheamus, Kane and Sami Zayn. Ziggler continued to move his way up the ranks and defeated all of these superstars to retain his championship. Ziggler lost the championship to Rusev who moved from Smackdown to RAW to challenge for the title. Rusev impressed upper management and was granted a number of opportunities to take the title from Ziggler. Rusev assaulted Ziggler many times throughout a two month period and finally got his match against Ziggler at Payback (Year Three). Ziggler unfortunately lost to the Bulgarian Brute, ending his record breaking title reign.

FEUD WITH THE ROCK & CHASING THE WWE CHAMPIONSHIP

Dolph Ziggler’s feud with The Rock will go down as one of the highlights of Year Three of Universe Mode Mode. A feud that began before Wrestlemania after Dolph Ziggler expressed his frustrations on his current direction, the fact that he was still yet to have a Wrestlemania match just weeks away from the event. Dolph Ziggler expressed his desires to one day become the WWE Champion and a main event superstar on the roster. This prompted the previously unknown RAW General Manager The Rock to interrupt Ziggler. The Rock announced to the world that he had been running RAW since the beginning of the year and it was his decision to hold Ziggler back and stop him from getting pushed to the top of the card. The Rock would announce that he would face Ziggler at Wrestlemania to prove to the world that he was right about Ziggler and he didn’t deserve to be in the RAW main event. The Rock promised Dolph Ziggler a shot at the WWE Championship if he could beat him at Wrestlemania.

Ziggler and The Rock participated in one of the best matches at the Wrestlemania PPV. Ziggler would prevail over The Rock. However, after the match The Rock would go back on his word and promise that Ziggler would not be getting his championship opportunity. The Rock delivered a Rock Bottom to Ziggler and walked away. Ziggler would successfully earn his shot at the Extreme Rules PPV by defeating three superstars in a three on one handicap match.

However, Ziggler’s opportunity was taken away from him by Rusev who assaulted Ziggler for the match, taking him out of the triple threat. Rusev would defeat Ziggler a few weeks later to earn a US Title opportunity against Ziggler at Payback. This would be the end of Ziggler’s reign as champion with Rusev winning the championship. Rusev attacked Ziggler after the match, giving Ziggler a concussion and putting Ziggler on the shelf for a month.

Ziggler would defeat WWE Champion Seth Rollins at Summerslam, granting him his first ever win. The Rock interfered in the match to attack Ziggler, however Ziggler attacked and took down The Rock first. Ziggler would lose the championship shortly after, due to an assault by Luke Gallows and Karl Anderson who attacked Ziggler allowing Finn Balor to cash in Money in the Bank and win the championship. 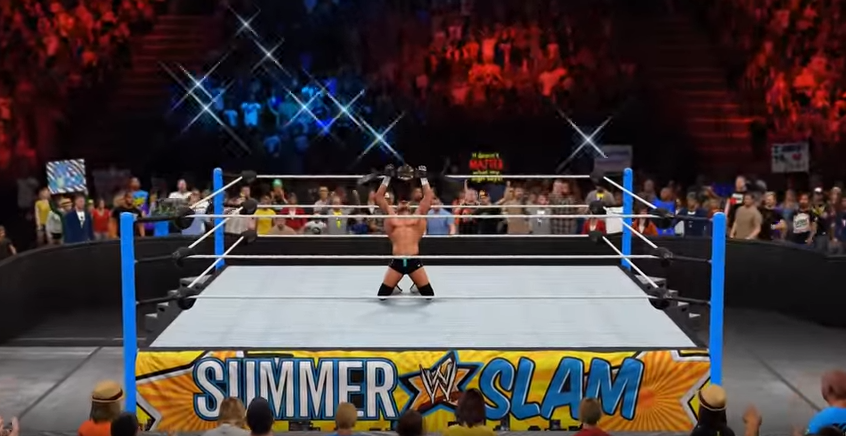 Ziggler hitting the ‘Zig-Zag’ on The Rock at Wrestlemania (Year Three). 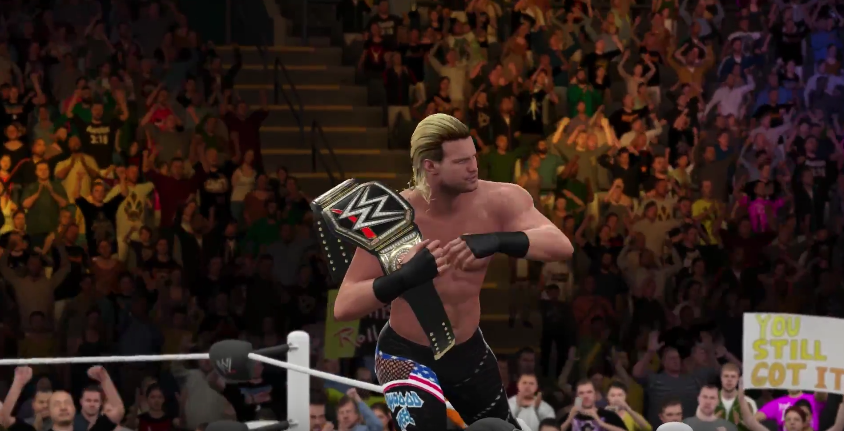