At Survivor Series both Smackdown and RAW lock horns in an interpromotional match, with the winning brand earning a draft pick for the Survivor Series draft. However, one brand will also earn an extra draft pick by having the best ratings of the month. Over the past few weeks, the ratings (Youtube Views) for both RAW and Smackdown have been analysed and the results currently favour RAW.

The week after Hell in a Cell helped RAW continue their recent run of momentum, gaining a large advantage in the first week of competition. The Week One Ratings results.

The return of Mr. McMahon on WWE Main Event helping to spike Smackdown’s ratings for week two. Despite the celebrations for episode 300 happening on RAW, Smackdown still edged out RAW in the ratings. However, the week two victory still failed to sustain the momentum into the next week for the ratings. 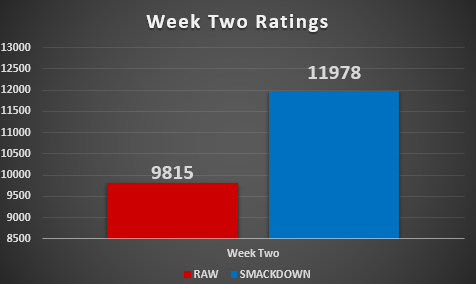 The results for Week Two of the ratings.

In the most recent week, ‘Week Three’ RAW hit back and grew their lead out even further. The surprise and suspense around the mystery selection for Monday Night RAW at Survivor Series helped secure a comfortable week three win. 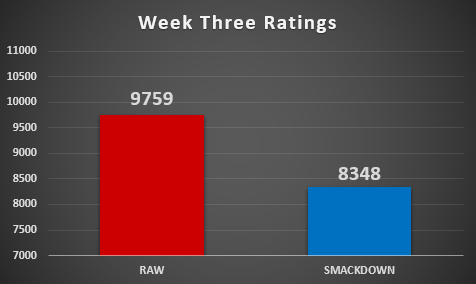 As the fourth week approaches the winning brand can potentially secure the extra draft pick. Smackdown’s struggle to win ‘Ratings Battles’ continues to show, but they remain strongly in the hunt to earn a much needed victory. Smackdown General Manager Edge promises a big show to close out the month, if he can’t secure a win his brand could potentially be at a huge disadvantage going forward. 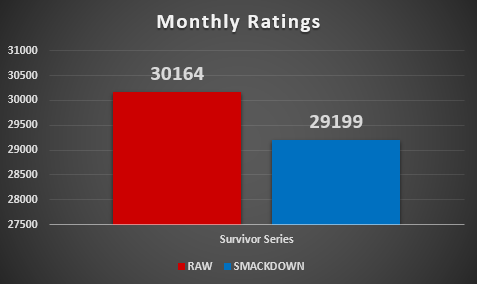 The overall ratings results for the first three weeks of the month.

This week on the podcast, I’ll discuss why I believe[...]

We move on from Extreme Rules and look ahead to[...]

In this episode we completely shake up the roster and[...]