May 29, 2015 All Posts, BrendenPlayz, Channel Updates No Comments

Randy Orton and Roman Reigns were given a major warning from Monday Night RAW main event opponents Ryback and Seth Rollins on the recent episode of WWE 2k15 Universe Mode. After retaining his WWE Championship at the Survivor Series PPV, Seth Rollins once again put on another dominant display against his TLC opponent Randy Orton and Roman Reigns, Seth took it to both men before handing it over to the former World Heavyweight Champion Ryback to finish it.

However, it was what would occur after the match that had the universe mode fans talking. Rollins & Ryback would both take a steel chair each and utterly destroy Reigns & Orton in a post-match beat down that was not for the faint hearted. Rollins laid down the first blow on Orton using one component of their big match at the PPV the steel chair to destroy the rib cage of the number one contender. Seth was also able to pick up another victory of Orton & Reigns, capping off a dominant month as champion. 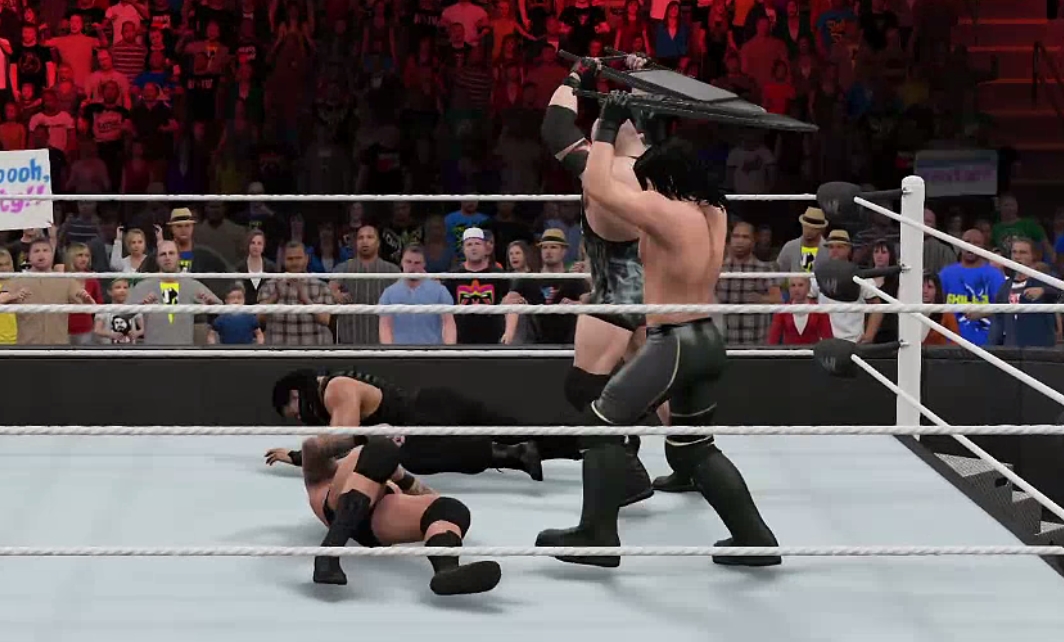 But perhaps the most interesting note to take out of this was the beat down of Roman Reigns by Ryback. Ryback has been on the back burner for some time now, with recent success his stocks are once again raising and he has thrown his name in the mix again for a potential shot at the WWE Championship soon. With Roman Reigns having numerous opportunities for the WWE Championship this year, perhaps Ryback has grown frustrated with Reigns and is looking to put an end to Reigns in hopes to take the opportunities away from him and have them for himself. Reigns has been one of the fastest growing superstars on RAW and with Ryback on the decline, this is a perfect time for “The Big Guy” to strike and take back his throne as the king of the WWE. Will we see a new rivalry begin between Reigns & Ryback? Can Ryback earn a shot at the WWE Championship in the new future or will Roman Reigns fend off the former world champion to stay at the top?

Stay tuned to all new episodes of WWE 2k15 Universe Mode exclusively on the BrendenPlayz channel.

Witness the debut match in TNA for Chris Jericho as[...]

It’s the final RAW before Wrestlemania and it features a[...]