The Hell in a Cell Fallout

Hell in a Cell was home to a number of brutal encounters between our RAW and Smackdown superstars. The event featured headline matches such as Kevin Owens vs Undertaker and Seth Rollins & Dolph Ziggler vs The Balor Club. The event featured a number of twists and turns throughout the night and in this month’s PPV fallout we’ll break it down for you.

For starters, the ‘Pre-Show’ event featured the NXT Championship on a PPV for the first time, with AJ Styles defending against Apollo Crews. Styles finally removed Crews from the title picture with his victory over Crews. Styles proved that he is the top tier star on NXT and is ready to take his career to the next level. After the match Bobby Roode made a special appearance, going toe to toe with the champion Styles. Roode attacked Styles with the ‘Spinebuster’ and the ‘Roode Bomb’. Sending a statement to Styles. Could this lead to Roode having a title match against Styles at NXT Takeover 2? Bobby Roode will make his NXT debut this week, if he can pick a victory he might take the number one contender spot. Sheamus attacks Neville after his championship defense against Kalisto.

Neville’s celebration after defending his championship against Kalisto was short lived after the ‘Celtic Warrior’ Sheamus hit the ‘Brogue Kick’ on Neville post match. Sheamus has been battling away on Smackdown for months trying to earn his way back into the world championship picture. After a number of failed attempts to become the top contender, Sheamus looks to change direction and is coming after the Intercontinental Championship. Sheamus hasn’t held a single’s title since Money in the Bank (Year One), will this be the time where he finally wins another title?

Paige successfully defeated Charlotte for the championship with Sasha Banks ringside. Sasha didn’t interfere in the match, once again causing a number of questions regarding her role and her relationship with Paige. Will she turn on Paige? Or is she genuinely going to support her going forward? Shinsuke Nakamura dispelled the rumours that his victory at Night of Champions was a fluke by knocking off Rusev. Despite Lana’s best efforts, Nakamura managed to defeat Rusev with the ‘Kinshasa’.

Both tag team championships were defended also, with the Spear Shock comfortably defeating the Golden Truth. Damien Sandow’s dream of winning the tag team titles have come to an end, with Mick Foley’s contract terminated after their PPV loss. Foley had only one chance to win the titles with Sandow and unfortunately they failed to do so, with Sandow pinned via a Superkick by Tyler Breeze. Now, Sandow’s future is unknown. Will he continue to pursue The Miz or will he walk away from Smackdown for good? 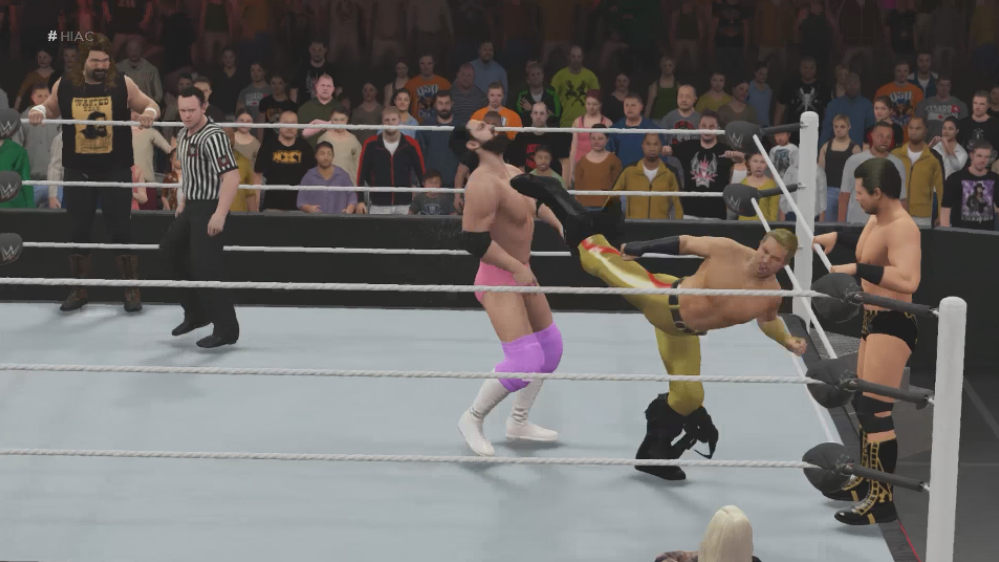 Tyler Breeze connects with the Superkick on Damien Sandow.

The Balor Club had their first Hell in a Cell encounter when they matched up against Seth Rollins and Dolph Ziggler. For the past month, they tried to coincide together and form a successful tag team to take down the Balor Club. Despite having a number of differences with each other they successfully defeated The Balor Club and managed to work together as a team. Now Rollins & Ziggler have a big opportunity to strike and finish off the Balor Club. With a win over The Balor Club, it leaves the Champion Finn Balor vulnerable. Will we see these two teams colide at Survivor Series? The Balor Club prepare for Hell in a Cell.

With Finn Balor’s victory, he once again retains the championship. But it wasn’t without controversy as Balor pinned Chris Jericho after the ‘Batista Bomb’ from Batista. Batista had run out of energy to take advantage of the manoeuvre, however Balor was right in position to do so. Pinning Jericho to retain the title. Batista was livid and frustrated after the match, with rumours that he even destroyed the locker room backstage out of anger, Finn Balor could be a prime target for Batista going forward. 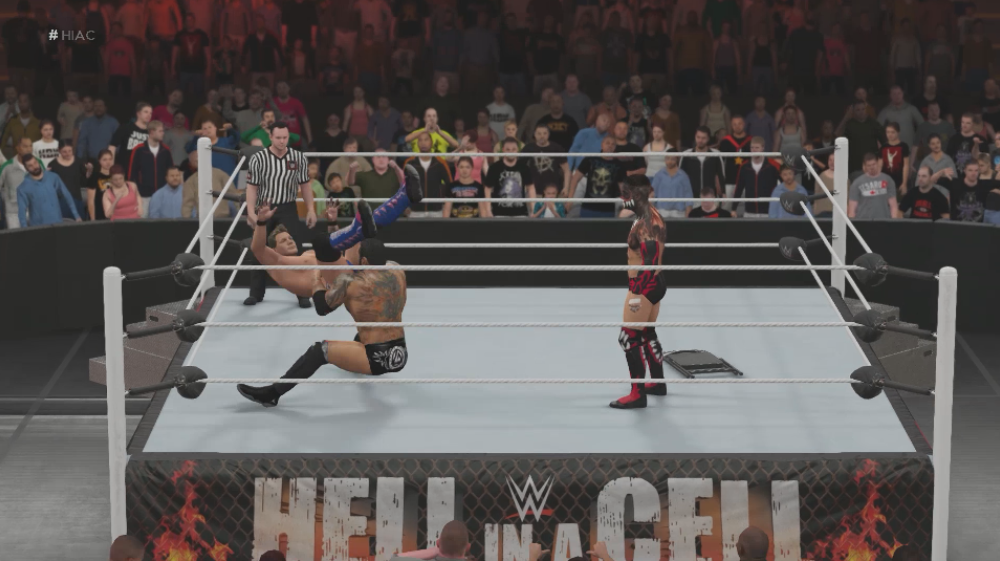 The Batista Bomb on Chris Jericho.

Kevin Owen’s unbelievable dominance has continued through another PPV. Owen’s survived an onslaught from The Undertaker after ‘The Deadman’ was in total control over Owens after a number of signature moves such as the ‘Chokeslam and ‘Tombstone Piledriver’. After the match, Undertaker continued the assault by ‘Tombstoning’ Kevin Owens once again leaving him laid out in the middle of the ring. Daniel Bryan attempted to cash-in before The Undertaker stopped the match, costing Bryan’s title match. Subsequently, Bryan lost the Money in the Bank briefcase due to the Undertaker’s involvement. Daniel Bryan will be out for revenge on this weeks Smackdown and the Undertaker will be his target. Undertaker cited that he wanted to be the one to beat Owens and that he wouldn’t let anyone get in his way of doing so. However, the fans have turned on The Undertaker after his decision and now his future is unknown. What is next for all three of these superstars? Kevin Owen’s delivers the Pop Up Powerbomb on the Undertaker.

Find out what happens next in the upcoming episodes of “WWE 2k16 Universe Mode” coming up this week.

Tags: hell in a cellhiac
No Comments
4

Hell in a Cell: AJ Lee vs Paige – Divas Championship

AJ Lee and Paige’s fierce tug-of-war over the Divas Championship[...]

One of the most brutal matches returns tonight as Kevin[...]